The City of Fayette, the Fayette County Commission and Alabama Department of Transportation are partnering to bring new jobs to the Fayette area as part of a new ALDOT office in Fayette’s industrial park.

The Fayette Area office will be located in the city’s industrial park in a spec building owned by the City of Fayette and Fayette County. The building is a 52,000 square foot building that is being purchased by ALDOT and modified to accommodate administration, maintenance, construction and materials operations for the area. The Department’s preliminary estimate of their investment is upwards of $6 million over a period of about three years. The city is providing temporary office space in an incubator building located at 1015 Temple Avenue South until the spec building is ready for occupancy.

As the only new ALDOT Area office created by region consolidation, this site was strategically located in the center of the northern half of the new West Central Region. The spec building’s location in an established industrial park meant there was immediate access to utilities and a large, suitable building that could be modified for the ALDOT Area offices’ purposes. The site is located along U.S. Highway 43 two miles north of downtown Fayette.

The typical Area office employs 110 – 135 employees. The new jobs will range from clerical, maintenance workers, laborers, warehouse employees, mechanics and equipment repair, and engineers. Anyone interested in applying for employment with ALDOT can contact the Alabama Career Center in Fayette at 205-932-3221 ext. 5171, or for entry-level maintenance or laborer jobs contact ALDOT’s Fayette Area office at 1-800-291-5856. 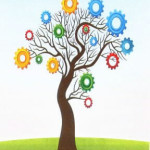