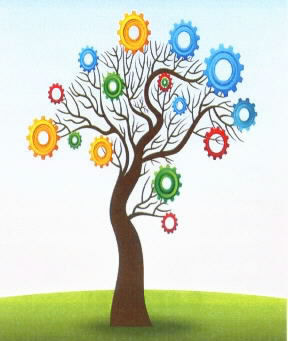 The Fayette Center for Manufacturing and Innovation had a ribbon cutting ceremony Monday September 22, 2014. Attendees representing city, county, area and state government agencies were in attendance along with representatives from the University of Alabama, Bevill State Community College and others. The Fayette Area Chamber of Commerce hosted the event.

The Business Incubator came into being in January 2014 with the establishment of Fayette Fabrication as the first tenant in a building previously used in the garment industry. The building was modified to facilitate the production capabilities of a new start-up company to serve the automotive industry. A part of the building has since been further modified to provide spaces for working artists of the Sipsey Arts Alliance. Additional work has been performed to create offices for new companies that will be occupying more space.

The Center has been a joint effort of several local and state agencies. The cooperative efforts of ADECA, C3 of Northwest Alabama, Alabama Technology network and others brought about the creation of a “business incubator” for small business in the Northwest Alabama area. There are over 900 business incubators nationwide. Very few are in towns as small as Fayette, which is the smallest town in Alabama hosting such an endeavor.

Civic leaders reached out to potential partners at the University of Alabama, Bevill State Community College, multiple state agencies, C3 of Northwest Alabama, the National Business Incubation Association, private individuals and other parties with possible interest, in their efforts to utilize the assets of the community in providing jobs and a vision for Fayette’s future. Their efforts have been rewarded by the success of creating a business environment that will attract other start-up companies to our area. 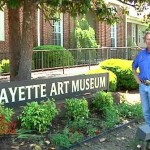 Next Story:
ALDOT Coming To Fayette