City NewsWhen and where are City Commission meetings held?

When and where are City Commission meetings held?

Commission meetings are held in the Forum of City Hall on Tuesday evenings. The required legislative meetings begin at 7 pm. More information regarding the City Commission can be found here.

A picnic is an excursion at which a meal is eaten outdoors (al fresco or en plein air), ideally taking place in a scenic landscape such as a park, beside a lake or with an interesting view and possibly at a public event such as before an open-air theatre performance, and usually in summer. Descriptions of picnics show that the idea of a meal that was jointly contributed and was enjoyed out-of-doors were essential to a picnic from the early 19th century.

Picnics are often family-oriented but can also be an intimate occasion between two people or a large get-together such as company picnics and church picnics. It is also sometimes combined with a cookout, usually a form of barbecue; either grilling (griddling, gridironing, or charbroiling), braising (by combining a charbroil or gridiron grill with a broth-filled pot), baking, or a combination of all of the above. 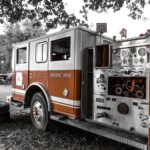 One Response to " When and where are City Commission meetings held? "