Treasures From The Rubble

The Fayette Art Museum came into existence by the efforts of people that appreciated the importance and value the arts add to a community. This is the story of Fayette native Lois Wilson and her contribution to the town she grew up in.

This prize-winning one-hour documentary aired statewide on June 22, 2014 by Alabama Public Television tells the vibrant story of the extraordinary Alabamians who created a museum that became a tourist destination and an Alabama educational gem.
The film is called “Treasures from the Rubble” because it is at heart a story about humble Americans with few connections but boundless talent who are inspired by the thrown-away materials they find where they live. Their vision has no rules or precedents, just native genius.
The central character is Lois Wilson, a cantankerous art rebel and Fayette native, who gave form to her imagination out of the rubble of deep poverty, creating art from discarded objects, from black shoe polish to broken drawers. Her dream of establishing a museum in Fayette attracted the interest of Jack Black, a local newspaperman, and eventually brought them together in the creation of a museum.
Jimmy Lee Sudduth, the town’s most famous artist, does a star turn in the film as he paints with mud, plays his harmonica and talks about his life and techniques.
The Fayette Art Museum literally put Fayette on the tourist map when National Geographic flagged the museum as a regional attraction.
The achievements of the film to date:
• The national premiere, May 17, 2012, Tupelo Film Festival, Mississippi
• The international premiere, June 23, 2012, Female Eye Film Festival, Toronto, Canada
• The Alabama Red Carpet premiere, August 24, 2012, Fayette, Alabama.
• The New York premiere, December 7, 2013, Hamptons Take 2 Documentary Festival in Sag Harbor, New York
• “Treasures from the Rubble” received highest commendation from both the House of Representatives and the Senate of the State of Alabama.
The Treasures website has the documentary’s trailer and a wealth of background information about the film. We invite you to take a look: click here. 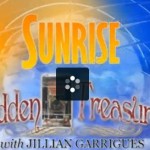 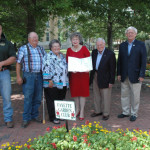