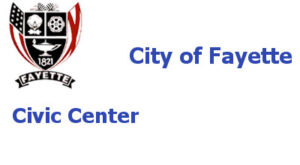 Check out what's going on at the Civic Center.

The Fayette Civic Center is a beautiful and spacious renovation of the old Fayette Grammar School built in 1930. The Center has the character of an older building yet furnishes the conveniences of our time and life style. It provides our community with full service capabilities for meetings, banquets, weddings, family reunions, seminars or other special events. If you are interested in booking the Fayette Civic Center for your event, please call Glenda Robertson at 205-932-8727, or email Glenda Robertson at - fayetteciviccenter@watvc.com. We would appreciate the opportunity to be of service to you! We are now on Facebook. Check us out! 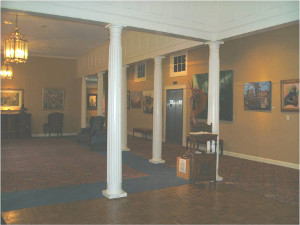 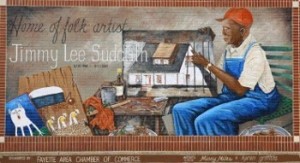 The Fayette Civic Center served as the Fayette Grammar School from its building in 1930 until its abandonment in 1973. Thereafter it deteriorated and became an eyesore in the community until Mayor Guthrie Smith became involved in its rescue and refurbishment as an asset to the community. A longtime dream of then Mayor Guthrie Smith of someday having a Civic Center for Fayette began to focus on this abandoned school building. Three years of talk and negotiations with the Fayette County Board of Education resulted in their deeding this property to the City of Fayette for the purpose of conversion to a civic center. Immediate steps were taken to fund the project.  The City of Fayette obtained a low interest loan from the Farmers’ Home Administration, hired an architect in May 1980, appointed a planning and decorating committee, awarded a contract in September 1981, and had open house on October 17, 1982. In 1988, Mayor Smith and two citizens incorporated and established an Endowment Fund for the Fayette Civic Center. The J. Graham Brown Foundation, Earl McDonald, and the City of Fayette provided the main source of support for the Endowment. Over the years the Civic Center has hosted a great variety of events for many functions. In addition it also brought much attention to Fayette by becoming home to the Fayette Art Museum. The vision of Mayor Guthrie and others has greatly rewarded the city of Fayette through its development of the Civic Center.