In 1969 the City of Fayette was presented the opportunity of establishing an Art Museum with an initial endowment of over 2,600 pieces from the personal collection and work of Fayette native Ms. Lois Wilson. Ms. Wilson was to die poor and obscure in Yonkers, NY, in 1980 at the age of 75 but her treasure of art created a living memorial that continues to enrich the citizens of her hometown. Her legacy lives on to inspire the arts and craft people of her native town.

Through the cooperative efforts of the Fayette City Council and Mr. Jack Black, a long time friend of Ms. Wilson, the Fayette Art Museum came into existence that year. Mr. Black became the first Director and remained in that position until his death in 2004. Mr. Black shepherded the Fayette Art Museum from its fragile birth to its solid presence as an icon of Fayette pride in its arts. Initially the museum was housed in the Fayette City Hall but is now permanently quartered in Fayette Civic Center. During its existence the museum has continued to grow until there are now over 5,000 pieces in the permanent collection. A rotating display of over 500 running feet of display space on the main floor of the Civic Center plus six folk art galleries downstairs, as well as a gallery used for the Director/Curator’s office are open to the public daily.

As the Art Museum has grown, its contribution to the cultural enrichment of the City of Fayette has also grown. Today, the Art Museum is the sponsor of the longest continually running art festival in the state of Alabama. Other endeavors of the Art Museum include a Children’s Summer Art Camp, presentations by the Fayette Arts Council and the annual Festival of Trees.

The Fayette Art Museum and the City of Fayette were  honored in 1999 when National Geographic flagged the museum as a regional attraction.

Fayette Art Museum is open Monday through Friday, 9 am – 12 pm and 1 – 4 pm and by appointment for group tours at other times. All events at the Fayette Art Museum are Free and open to the public. For more information or questions please contact Anne Perry-Uhlman, FAM Director/Curator at 205-932-8727 or email fayetteartmuseum@yahoo.com or visit the website.

The Fayette Arts Council sponsors performances throughout the year at the Civic Center, a renovated 1930 school building now privately endowed by local benefactors. In addition to the 350-seat auditorium, a dining room and conference facilities, the Civic Center is also the home of the Fayette Art Museum.

The Fayette Arts Council presents a series of concerts each year at the 365 seat Fayette Civic Center Auditorium. Past performances have included concerts by The Alabama Symphony Orchestra, The Glenn Miller Orchestra, The Kingston Trio and The Platters. 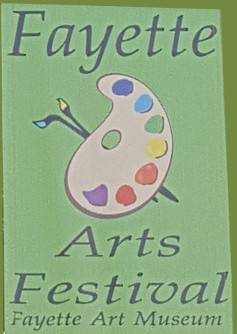 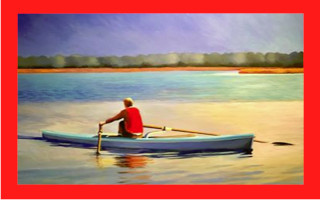 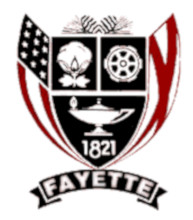